4 Filling in the rest of day in Chengdu

After settling down in our room, we showered and went out for a short walk around the area where our hotel was. Although conveniently placed for visiting the Panda Centre, it was at least a 40 min taxi ride back into the main centre of town.

Being tired we only walked a couple of blocks, but alas as is usually the case, if we had walked just that little bit further, we where told there was a lovely park.

Oh well we were more than happy with our choice to head back to the room, order a little room service and have a little nap.

Feeling much more refreshed we decided to jump in a cab and head downtown. It was a $20 well spend as oppose to trying to find our way with shuttles and train stations. 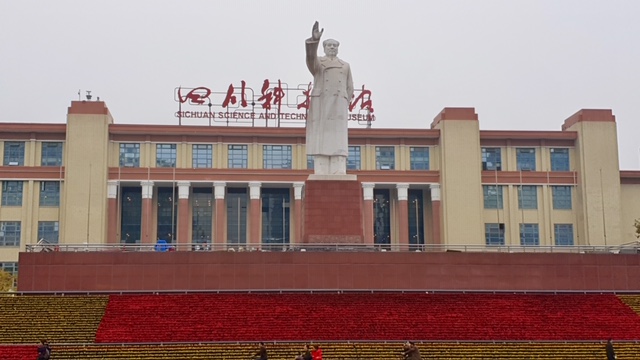 There were two things that I had decided to do before leaving home, which ended up being a real life saver. With the lack of internet and thanks to that great firewall of China, I knew I was going to have problems with google maps and of course translate.

I still had Maps me on my phone from our last trip, so I downloaded the China maps that way I could use it off line.

I also downloaded the Chinese package for Google translate, again so it could be used off line.

What life savers they were. 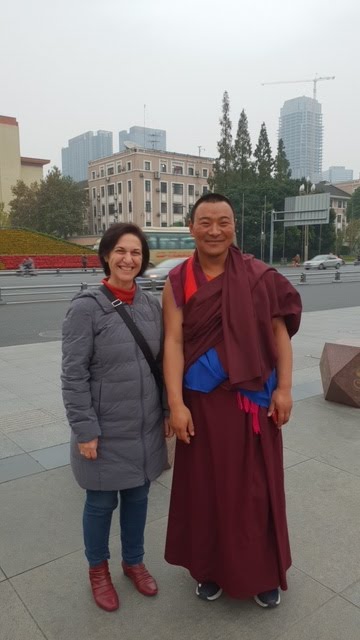 We have now become quite proficient at having a conversation via the phone, we would type our question in english then translate, they would answer on their phone in chinese then translate.. whalaa

It worked so well with shop owners and taxi drivers.

Once in the centre of town we were dropped off at Tianfu Square. From there we could have walked off in all different directions but we decided to keep it simple, especially as the next two days would be spent touring the city.

No flies on them, they will walk up, position their phones and snap away.. ha .. at least the Buddhist monk asked Carly and I to stand together and smile for him.... so I asked to take his picture in return.