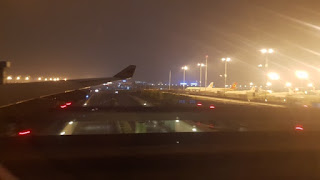 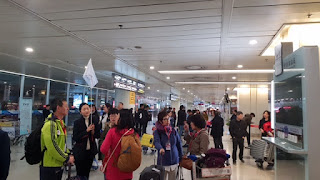 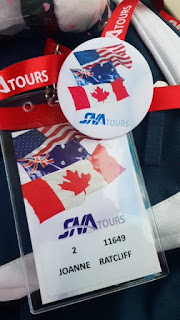 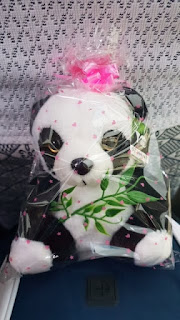 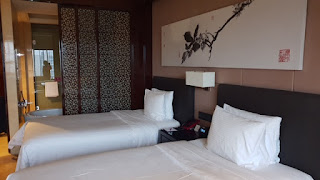 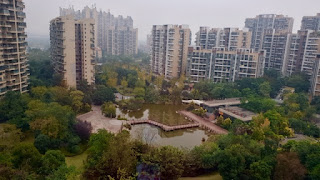 Slept a little, binged a little and ate a little, that all helped to pass the time away during our 11 hour flight.

Watched all 8 episodes of Sinner... Was good, but not as good as Season 1.

It was still dark when we touched down, but you could still tell there was that famous Chinese haziness that blanketed the city. The plane seemed to take forever to finish taxiing and then finding a bay for us to disembark. Just when you thought that was it... once on the tarmac it was straight onto the waiting buses for another long ride to the arrivals hall.

Immigration brought back memories of our TRS line.... A large bank of counters dedicated to the Chinese, hey but there were 100's of them.. wow so glad that the foreigners line is so short... So we waited and waited as each person was processed, some what felt like an eternity... Whilst the massive Chinese line dwindles we slowly inched our way closer to an officer...

Seems the joke was on us, because now the Chinese lines were empty and we were still standing in a queue going nowhere....a little common sense prevailed and some of us were now being directed to the empty China counters. Looking at the positive, we didn't wait long for our bags.

Once all together again we boarded our bus and headed tour Hotel. If Chengdu has a national animal, it would be the Panda 🐼. Statues and displays of these "cutest animals on earth" appear everywhere. Even one on our laps thanks to our hosts from SNA tours.

Arriving at our hotel, the Crowne Plaza Chengdu Panda Garden, SNA ensured our rooms would be ready, so it was not long and Car and I were making ourselves at home in our lovely room. A 5 Star hotel which would easily compare with the Shangri La in Sydney. Spacious rooms with floor to ceiling windows. For us it mean lovely views of the park that lay at the foot of the hotel. Huge bathroom with separate shower and toilet and a very inviting full size bath, if only we had the time. The only downside to our room was the strong cigarette smell, being only 2 nights we decided to let it go, but if we were here for all four nights I would have asked for a room change. Staff were very friendly and always wanting to help, but language was our enemy.
Posted by Garry & Joanne at 11:00 AM