When they tell you they are going to take you to the Chengdu Business Centre, you can't help but wonder, hmm.  My thoughts were rows of tall grey office buildings, surrounding by traffic and workers racing to get to one place to another... 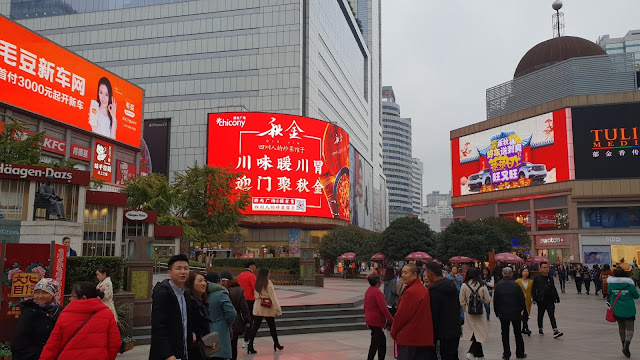 What they should of said for us dummies, we are going shopping!!  So the business centre is a bit like a like version of Times Square.

I think the real reason was that William our SNA tour leader wanted to show us the huge panda scaling the walls of one of the many shopping centres. 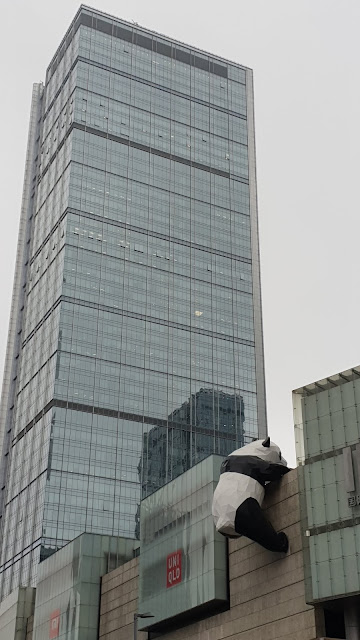 We walked along the pedestrian walkway and loved what looked like repurposed VW's. I would call them cute Food Trucks. 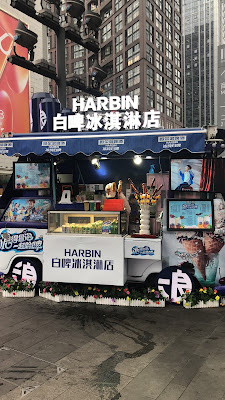 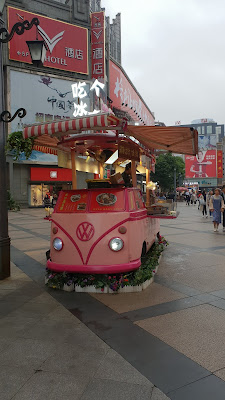 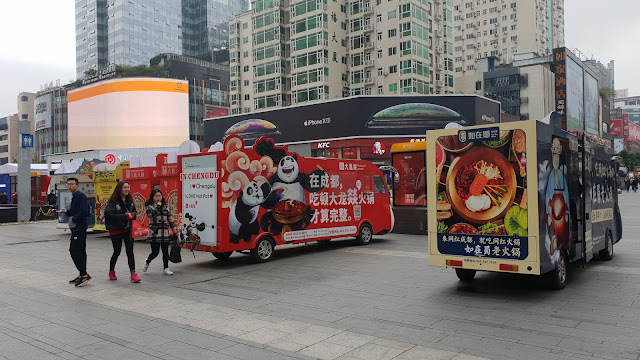 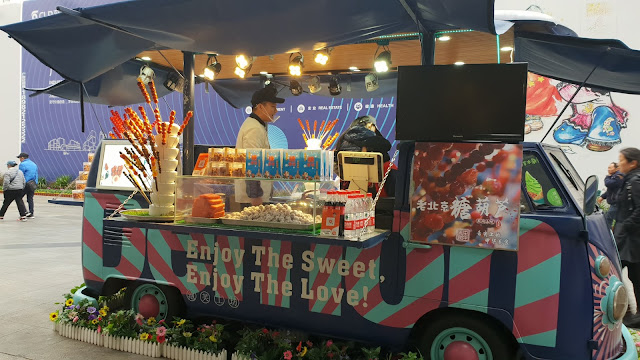 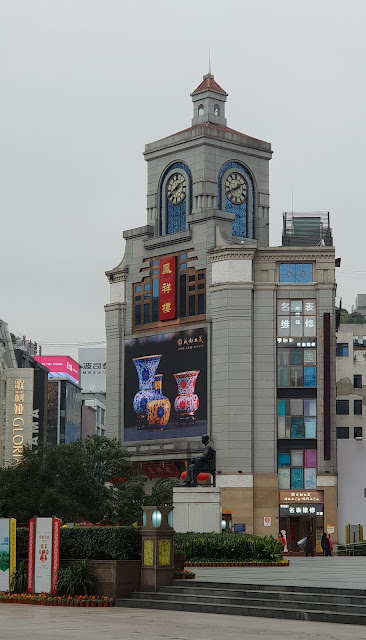 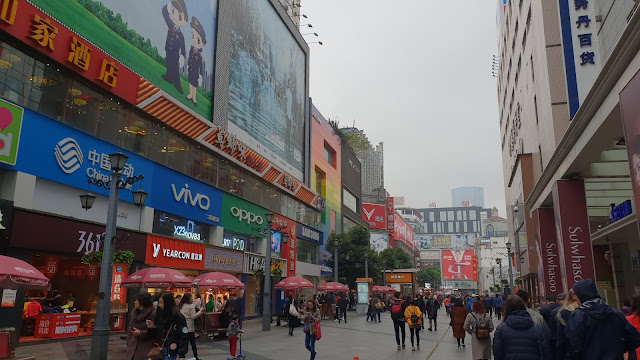 Now you may remember I spoke of the Contiki group that sat up the back of the bus.... these were the youngangs, who always supplied good entertainment.  There were two in particular, to protect their identities we will call one Zach and the other Alex. 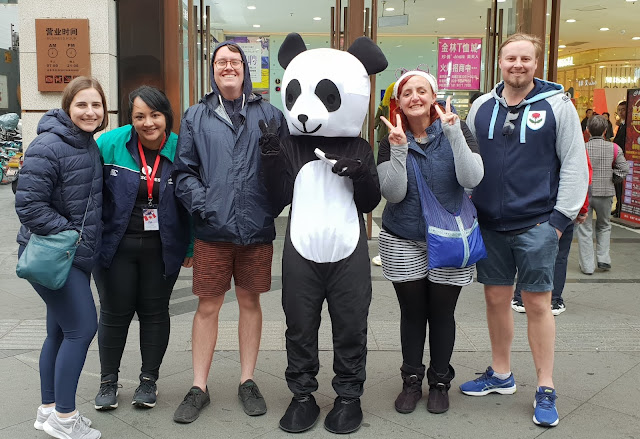 These two fine gentleman, you might say held "Movie Star" status amongst the Chinese.  They were tall, blonde strapping young men.  But what fascinated the locals so much where the bare legs!..  Yes in the middle of winter, where we couldn't layer enough clothing, these boys walked around in shorts everyday.   It was nothing to see young giggling girls running up behind them, phones out snapping those sexy legs.

Now Alex, for some reason, thought he was going to some tropical island, and hence didn't take him long to realise that he would be little deficient in the clothing department.  So the hunt was on...  He needed a jacket.. look at the pictures … look at the size of him... we are in China.  By the third shop we worked out that we needed a XXXXL Jacket. ….  But of course they only carry up to XXXL 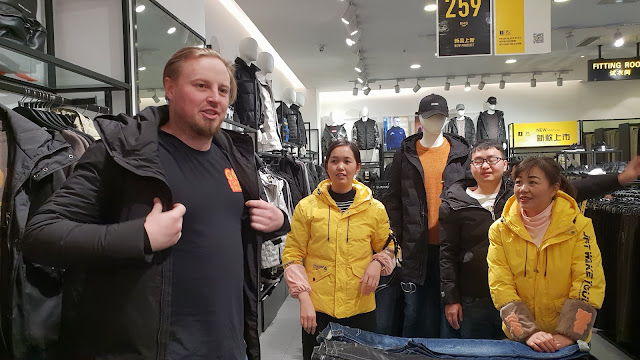 Once again making the most of his celebrity status the girls in the store fuss all over him and eventually we settled for a very snug fitting jacket, but alas those legs will always be out there.

So now we have been in China for what … 2 days … and my youngangs… Yes I became the honorary Mum, nearly wet themselves when we happen to pass a MacDonald's.  Did I mention before our shopping expedition we stopped for a banquet lunch!  But alas that call for a "2 all beef patty, special sauce" was too much to ignore. 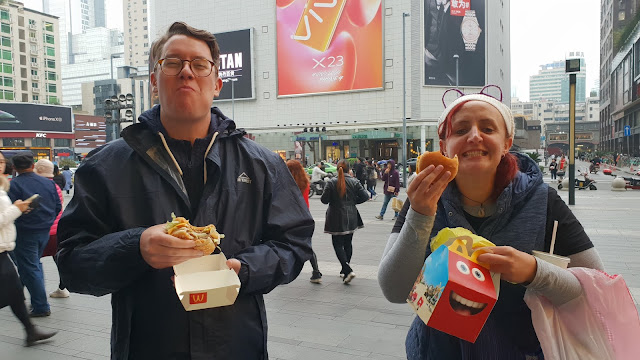 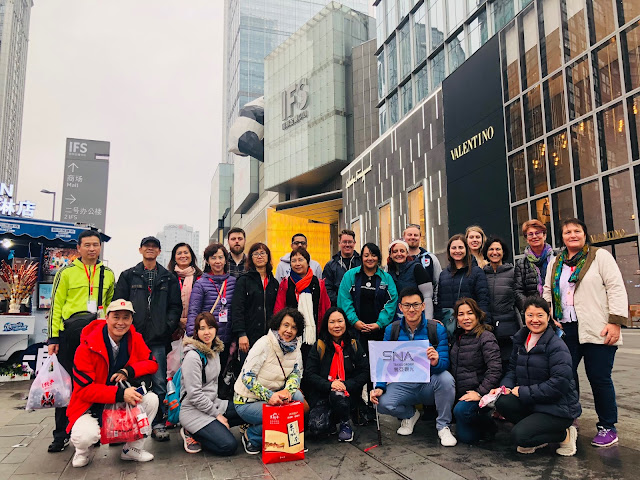